AN appearance on national television this month has sparked roll growth at Tarawera High School in Kawerau.

Principal Helen Tuhoro said eight new students had enrolled at the school since it featured on the TV One current events programme Sunday on May 8.

Further enrolments may also be pending with Kerikeri resident Renee Mackie telling the Beacon she was so inspired by the feature she planned to enrol her stepson at the school.

With family in Kawerau, Mrs Mackie said she had been thinking about relocating from the Far North to the Eastern Bay.

She said her husband’s 16-year-old son was a troubled teen but had been brought back to merit level achievement.

“We have heard a lot about Tarawera High on the not so good things, but after watching the principal and her love and passion for Tarawera High students, I feel I can put my trust in her as the person our children can look up to.”

With new enrolments, positive messages and gifts to the school, Mrs Tuhoro said it was business as usual at Tarawera High.

She described the broadcast as “scratching the surface” and last week the school welcomed the Education Review Office. She described ERO as professionals who “go beyond the surface, right down into the paperwork and evidence behind what we say we are doing”.

While filming took place a lot was recorded and Mrs Tuhoro knew not all of it would make the cut, so while she watched the show she was apprehensive about whether her message would be conveyed.

“It’s about the change in the kids and the fact we have an amazing group of staff and community.”

The students and staff felt “really, really proud” of being a part of Tarawera High and for Mrs Tuhoro a highlight on the show was the focus on Diamond Gemmell, who shared with the country her development as a student.

Mrs Tuhoro said the school had received many offers of support for Diamond, who had a passion for fashion. One person offered to send material for her and another wanted to buy her a sewing machine.

Diamond would attend fashion shows and one person wanted to sponsor her in the future if she ever faced a barrier.

Not only were people wanting to help Diamond, others offered support for anything the school needed.

“A man over-70 from the South Island had a lot of sound equipment he wanted to give to the school.”

As portrayed in the programme, Mrs Tuhoro said in the past it was not only tough love that was needed for Tarawera’s success; students needed relationships that showed them the school cared.

“It’s a passion not only for me, but for the teachers. You can’t do this in a school like this unless you care.” 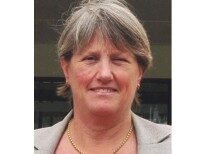