Manna Support Services community development officer Bob Austin said organisers began setting up for the event early on Friday morning in preparation for the 10am opening.

He said the circus paddock next to the town’s skate park on Plunket Street proved the ideal location with plenty of parking and children’s climbing frames next door.

Whirimako Black finished the afternoon’s musical entertainment with te reo interpretations of well-known songs. She was joined by Rikiana Kingi toward the end of her set.

He said the day’s free sausage sizzle was popular and kept the crowds of 300 to 400 people fed before the event finished at 2pm.

A range of children’s games were provided and included apple bobbing, magnet fishing and quoits.

Many of the competitors used the apple bobbing as an excuse to cool down on a very warm day, even by Kawerau’s standards, Mr Austin said. 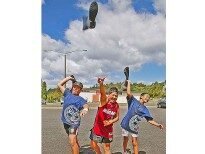 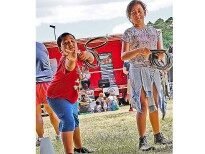 FOCUSED THROW: Kayden Pene aims for a cone during his game of quiots, while Rahia Teriini waits for a turn. D1670-077 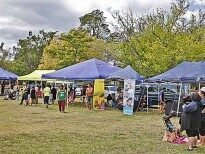 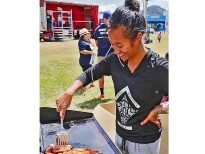 LUNCH TIME: Irene Reuben is in charge of the Waitangi Day sausage sizzle, which helped feed the crowd. D1670-112 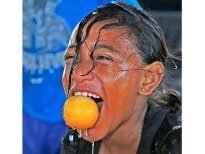 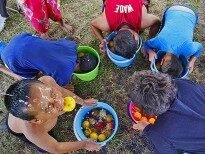 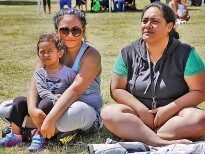 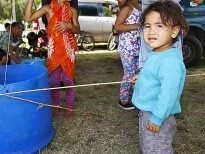