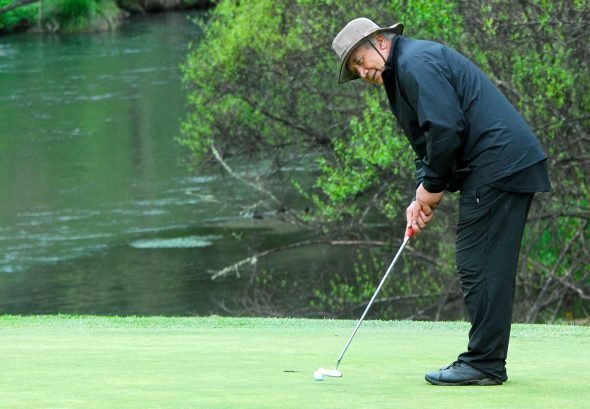 THE idea for the Kawerau Golf Club was said to have formed over a few beers and the same pastime was used to mark its 50th year over the weekend.

The club’s 50th jubilee had over 100 people at the formal evening on Saturday night while 90 golfers took part in a mixed tournament during the day.

Lucky Karekare was the winner of the nett score and was given a walnut engraved fruit bowl donated by Denis Newton.

Newton was a part of the original club committee that put the plan together to create the course and shared insight on its creation.

He told of the heavy involvement of the then called Tasman Pulp and Paper Mill, which provided machinery and expertise cost free.

He also said the drainage implemented by Bill Henderson, was largely still in use.

Jubilee chairman Owen Enright said it was a well-run weekend.

“A wine and cheese evening on Friday night started the weekend celebration was well attended.

“We had an excellent photographic history of 50 years of the club put together by the Kawerau library staff Irene Sandle and Hariata Chase. This feature was well received, tickling the memory buds of all who viewed it.”

The weather was not ideal for Saturday’s tournament. Enright said it was a happy bunch that returned to the clubhouse as they dished out 72 prizes.

Sunday’s memorial service was conducted by Paul Delamere and Megan Rowlands paid tribute to all those who had died.

One of the memories was of Peter Brown, who was in charge of the fourth and 11th greens when the course was first established.

Certain families were allocated two greens to care for. Peter played his last game of golf and died on the eighth green and his ashes were scattered on that green.

There were also two famous faces at the club opening day in 1967. On the same day, triple Olympic gold medallist Peter Snell and legendary New Zealand cricketer Bert Sutcliffe were next door at the opening of Tarawera Park.

They were invited to play golf at the club where Sutcliffe hit 45 Stableford points, and broke 80 for the first time.

Snell hit four under his handicap and his round included reaching the green on the 520-metre ninth hole in two shots. It was some of the longest hitting seen on the course at the time. 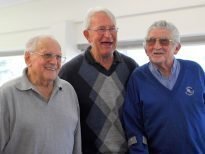 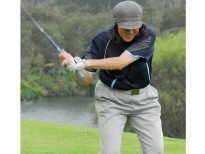 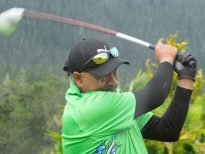 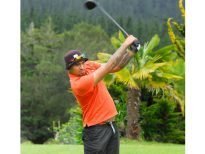 GETTING READY: Cedric Katene takes a practice swing on the tee. D4398-40 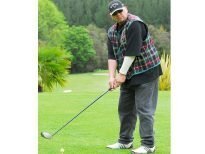 LINING UP: Lucky Karekare prepares to tee off on Saturday. D4398-19 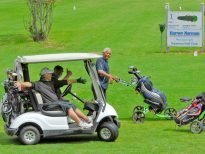