AFTERNOON rain cleared just in time for the start of Kawerau’s final summer night market on Thursday, which concluded with a song and dance.

Along with the colourful line-up of food and craft stalls, which lined the paved edges of Jellicoe Court, the crowd was treated to a pop-up performance from the Eastern Bay Road Safety programme.

The group’s Can’t Rewind Time musical and dance performance attracted a large and attentive audience and told the story of a young man choosing to drive after drinking.

Next to the performance area people lined up for a turn in car simulators to test their abilities behind the wheel.

Night market organiser Ru Heather was pleased with Thursday’s event and is looking forward to the markets returning next summer.

She said there were not as many stallholders or visitors as previous markets and she suspected many people were at home watching the India and Australia cricket semi-final, being played at the same time.

Despite light drizzle before the market’s 5.30pm start, it turned out to be a wonderful night, she said.

Kawerau’s night markets would definitely be back next summer, starting in October, Ms Heather said. 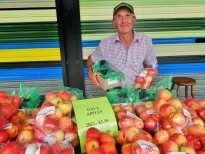 FRESH PICKINGS: Nelson King, from Kings Orchard, hosts a stand of apples and grapes, picked earlier in the day. D1885-06 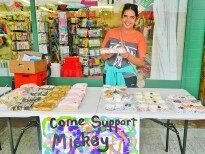 SWEET FUNDRAISER: Mickey Savage holds a tray of cupcakes, baked as part of a fundraiser for a trip to Hawaii with a Volcanics eLearning class. D1885-09

COLOURFUL RANGE: Barbara Grant hosts a stand at the Kawerau market with a range of colourful and printed T-shirts. D1885-04 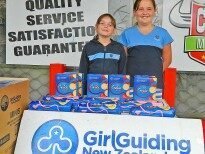 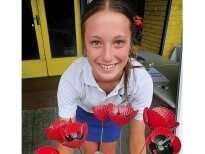