Each day, from 11am, music and dance performances from the town’s young people, and a few from further afield, occupied the town hall stage.

Performers included X Factor winner Beau Monga, who travelled to Kawerau with friends, danced at the event and took a turn on the microphone.

Video about growing up in Kawerau and the youth council’s previous events was projected onto the building’s walls.

Inside the concert chamber, life-sized board games were available to play, and a static display of information about previous events was also on show.

“It was a massive three days,” Mr Rika said.

“The youth councillors learnt a lot about putting on an event: responsible hosting, welcoming people and making sure all the performers were looked after.”

He said Capture It was initially hosted and organised by the youth council, but they invited friends to help set up and it became something youth from the whole town took ownership of.

Over the three days he estimated 700 people passed through the hall, however, many who attended came back a second and third time.

One of the group’s forthcoming events is the Diddy Dig wood chip shovelling challenge at Woodfest. 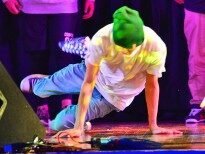 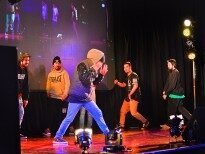 STEPPING UP: Jerome Namana takes his place at the front of the stage during a dance performance on Thursday at the Capture It exhibition. 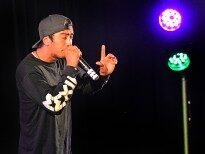 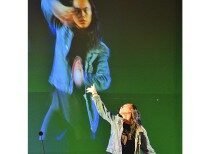 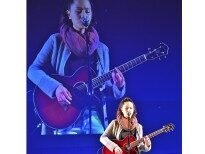