THE Kawerau Six-Hour Adventure Race included a record number of competitors on Saturday.

As well as shooting and lawn dart activities, competitors had to cross the Tarawera River on a make-shift bridge made of rafts tied together.

Teams were rewarded for going to the extra checkpoints and for finishing inside six hours. Likewise they were penalised for each minute over six hours.

“They had to shoot one of their team members with a paintball gun, safely of course. But it was cold and they didn’t always explode and that can hurt.

“A couple fell in the water on the raft crossing, but some of them were amazing at it.”
O’Brien said the increase in the event’s popularity was great to see.

“We are based around the beginner and we want people to know they are capable of doing this event.

“We have sections for three levels and there is flexibility to do more if teams feel they can.

“We were very fortunate to use the back of Mount Putauaki for the first time.

“As well as the out-of-town teams we had great local support. We had eight student and two staff teams from Tarawera High School and Nga Maunga Kaitiaki Trust donated $1000 as prizemoney for local teams.”

They were 15 minutes ahead of second-placed secondary school duo of Shaun Palmer and Jack Mathews.

The two-person female team of Rachel Smith and Rebecca Smith were third overall.

Trident High School had 52 students take part in the event.

Trident trifecta was completed with the teams of Alex Coventry and Tim Olthuis and Oliver Thompson and Jack Du Toit next in.

Beacon photographer Louis Klaassen followed the competitors around the course to capture the action. 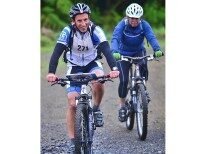 RIDING ON: Ian Conventry and Justine Conventry made up half of a mixed four-person team. D2143-402 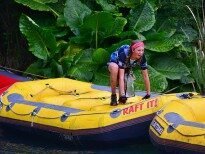 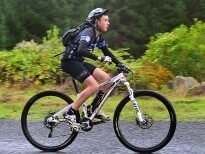 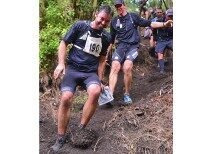 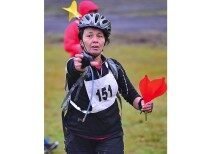 SURE SHOT: Karen Stanton throws a lawn dart in one of the alternative activities. D2143-220 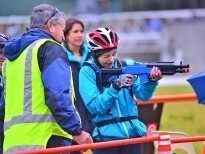 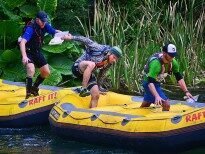 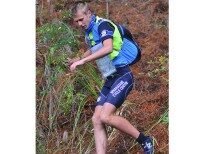