A company exploring for gold and silver south of Kawerau is enthusiastic following initial surveys – but can’t say when drilling may begin.

Australian-owned Silver City NZ was awarded an exploration permit last year to look for gold and silver in an area covering 33sq km of the central North Island volcanic plateau.

A two-person team conducted surveys of the area over February and March.

“We feel enthusiastic about the possibility of gold.

“At the moment we don’t have any results but we feel like we’ve found quite a large hydrothermal system. It is 3km long and 300m wide, and oriented in a north-east by south-west fashion. We think we’ve got the right spot for gold deposits.” 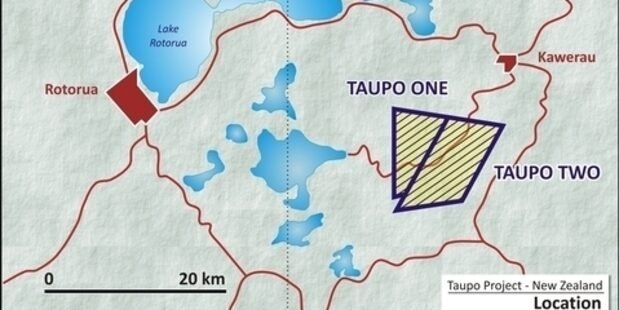 The search for gold near Kawerau looks promising.

“It was basically two people tramping through the forest. All we are doing is working through little erosion windows, our work is not intrusive at all and there is no damage.”

Discussions with forestry operators and more studies would be undertaken before drilling began, Mr Tolley said.

“As far as drilling in the area, we have got to work with forestry operators so I can’t answer that question. We don’t anticipate drilling anything, it may be six months or so, but it may require another round of sampling and more detailed scientific studies before we drill a hole. We are working on a conceptual model.”

The company was working closely with the University of Waikato.

“We are using facilities at the University of Waikato, and students are doing some of the mineralogy. We are looking at the mineral composition of the rocks.”

Mr Tolley had previously told the Rotorua Daily Post the project would use local consultants, except where they required expertise or equipment that wasn’t locally available.

Silver City will be investing at least $1.25 million in the area over the next five years.