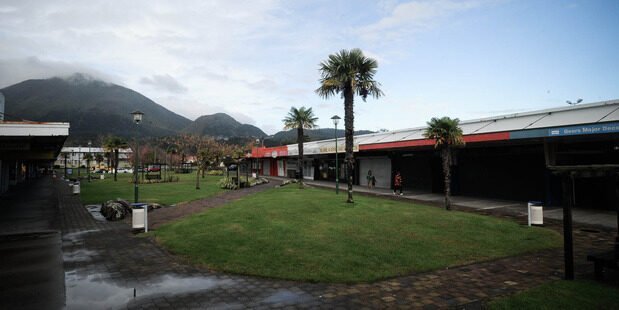 A Chinese company has announced plans for a new wood plant for Kawerau that will lead to about 100 more jobs. Photo/file

A particle board plant planned for Kawerau is expected to bring 100 jobs to the district.

The Chinese-based Guangxi Fenglin Wood Industry Group has announced plans to establish the plant, to be built on Putauaki Trust land adjoining SH34, within two years.

It will produce 600,000cu m of panel boards a year for exports mainly to China.

The announcement comes following a recent visit to China by representatives of Kawerau District Council, the Putauaki Trust, Toi-EDA, Eastern Bridge, New Zealand Trade and Enterprise and the Ministry of Foreign Affairs and Trade.

Council economic and community development manager Glenn Sutton said a number of factors led to the group’s decision to invest in Kawerau.

“The district location and proximity to the Port of Tauranga, the rail connections and the available land all played a part. Putauaki Trust had the foresight to rezone 70ha of land as industrial, and it’s great to be working with them on this exciting venture.”

The plant will be built next to the intended site for the proposed container terminal, also on Putauaki Trust land, and will be as environmentally friendly as possible.

“The Fenglin Group has a strong sense of social and economic values, and makes every effort to ensure its plants have low environmental impact,” Mr Sutton said.

This was important to the Putauaki Trust, in terms of kaitiakitanga and cultural standards. Trust chair Tiaki Hunia said the trust was very impressed with the Fenglin Group’s commitment to environmental sustainability and looked forward to a positive long-term partnership.

Overseas Investment Office approval and other consents now need to be obtained, but if everything goes to plan the plant should be fully operational by 2020.

The Fenglin Group said it was committed to training for its employees, and a dedicated programme would be implemented closer to the project’s completion.

Kawerau mayor Malcolm Campbell said this would be of huge benefit to the Kawerau district, where there has traditionally been a shortage of training and job opportunities.

The group is also committed to becoming part of the Kawerau community and will work closely with local representatives into the future.

The Fenglin Group is a leading wood industry group in China, listed on the Shanghai Stock Exchange.

It has four large-scale wood-based panel plants in Guangxi’s Nanning and Baise cities and in Guangdong’s Huizhou City, including two medium-density fibre board (MDF) facilities and two particle board (PB) facilities (one PB facility is in construction) with a total capacity of 1.1m cu m a year.

The company also owns 14,000ha of fast-growing eucalyptus plantations for industrial use.